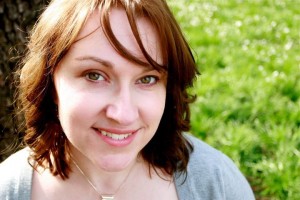 I’ve been a voracious reader my entire life. My favorite pastime as a child and in my teens was curling up on my bed reading novels. I hated the outdoors. After all, that’s where they keep the dirt and the bugs! As a kid, my favorite series of books was Trixie Belden. As a teenager and as an adult, I enjoyed romance novels and young adult fiction.

In high school I was an editor and contributor to the school literary magazine. I was regularly published in our regional literary magazine. I started writing a romance novel in high school, but didn’t get very far. My most lucrative writing piece was my college scholarship essay. I still believe that the essay is what got me the biggest scholarship possible at my state university.

In 2008, both the Harry Potter series and the the Twilight Saga were complete. My teenage daughter and I talked about how we wished there was a new series for us to sink our teeth into. We started making things up and the juices started flowing. I began making notes about my fictional world. I developed characters and plots. I played around with names and bought web domains. Near the end of 2009, I started writing. I gave myself a Christmas deadline to complete the book as a gift to my daughter. In November, I finished the book. In December, I read and edited the book and then took the draft to a local print shop. I sat back and waited for the family and friend reviews. They were sparse and a long time coming and I gradually moved onto new things.

At the beginning of 2012 I decided that it was time to write again. I planned to do a review and rewrite of Book One of my Ferox series. I also planned to continue the series. However, 2012 brought big changes to my life. My daughter graduated from high school and went away to college. My company decided to cut an entire division and I lost my job. During the second half of 2012, I had a surplus of time. So I started writing, working on my websites, and further developing my fictional world. The Ferox World. In November 2012, I wrote Book Two.

At the beginning of 2013, I started my new career as a technical writer. I had a lot to learn, and it took a great deal of my time. I started on Book Three in 2013, but didn’t make a lot of progress. In 2014, I finished a rough first draft of Book Three, though I wasn’t happy with it. I didn’t write for the next couple of years.

In 2016, I moved to Seattle and took a position as a Senior Technical Writer at a major tech company. The job is great, but challenging. Regardless, in 2017, I split the character development of Book Three into a new Book Three and Book Four. I filled in about 90,000 additional words and am now happy with Book Three.

In early 2018, I made heavy editing passes on all of my books.

Now, I’m finishing Book Four and sending Book One out for critique.